DOING SOMETHING IS BETTER THAN DOING NOTHING. "JUST RUN"

Jake Anderson
4-5 minutes
Though it’s been a recurring theme in science fiction for decades, a black hole itself has never been considered a feasible form of space travel because scientists have always believed that the mysterious tidal forces inside the event horizon would spaghettify and crush anything that dared to enter it.
But scientists now say new simulation models are suggesting that a rotating black hole, which contains a unique “mass inflation singularity,” may actually offer safe passage to another part of the galaxy—or a different galaxy altogether. 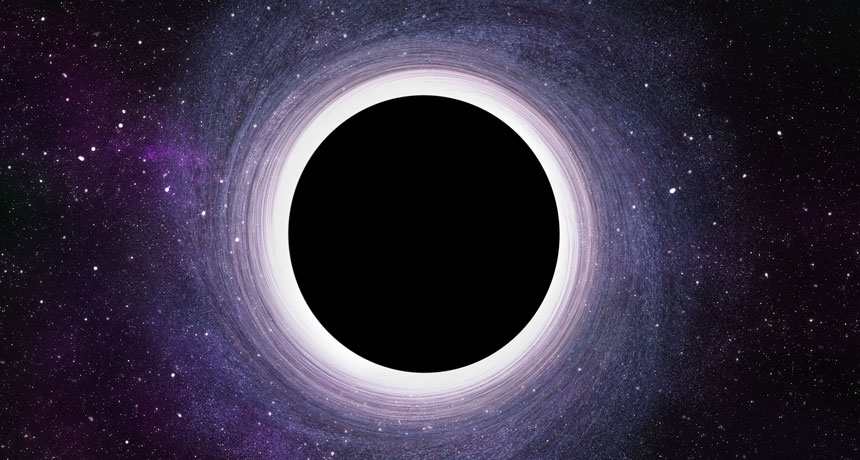 The team of physicists from UMass Dartmouth and Georgia Gwinnett College say their simulations show the singularity at the center of a large, rotating black hole could actually facilitate a “gentle” passage through rips in spacetime.
Physicist Gaurav Khanna, his colleague Lior Burko, and his student Caroline Mallary were inspired by the film Interstellar to test whether its central character named Cooper, played by Matthew McConaughey, could have theoretically survived a descent into the film’s fictional black hole, Gargantua.

“The effects of the singularity in the context of a rotating black hole would result in rapidly increasing cycles of stretching and squeezing on the spacecraft. But for very large black holes like Gargantua, the strength of this effect would be very small. So, the spacecraft and any individuals on board would not detect it.”

Scientific speculation concerning exotic properties of black holes has increased in recent years. A 2016 study examined the possibility of five-dimensional black holes shaped like rings which violate the laws of physics, including Einstein’s theory of general relativity.

Another paper posited that black holes deposit matter into the far future.

Realistically, we likely won’t know anything substantial about the logistics of traveling the stars via black holes within our lifetime.

Humans are still trying to visit the nearest planet in our solar system and the nearest black hole, Sagittarius A*—which lurks 27,000 light years away at the center of the Milky Way—is not even remotely reachable without propulsion technologies that are decades, if not centuries, from implementation.

However, within our lifetime we may learn more about how quantum gravity works inside of black holes—buoyed by new advanced telescopes and research methods—which may tell us if it’s physically possible for hyperspace travel using black holes.

And even though we can’t do it, perhaps others in the universe can.

While you’re here…
…We have a tiny favor to ask of you. After the 2016 election, government think tanks teamed up with Facebook and Google to censor independent thought and government criticism under the guise of fighting “fake news,” and the result has been catastrophic for the independent media. Despite this, The Mind Unleashed has survived without hiding our content behind a paywall, because we value open and accessible information more than we value profits. Hopefully we’re wrong, but without your help we’re afraid The Mind Unleashed will algorithmically disappear from the Internet. Every contribution, big or small, will go directly into funding independent journalism. If you value what we’re doing here, you can help us for as little as $1 and only a minute of your time. Thank you. Click here to support us